How do you listen to music these days?

How do you listen to music these days? 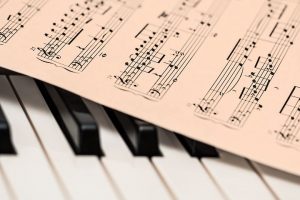 My new car doesn’t have a CD player.  The Peugeot salesman told me it was dead easy – just plug your iPhone into the slot and you have music.  But I don’t… because I have never bothered to download music onto my iPhone.  When I am travelling on the tube I have watched and overheard the incessant sound of music drumming in other people’s ears but never really felt the urge to listen to music in this way.  I have rather enjoyed a little silence.  And silence is hard to come by these days.

But in the car I do like to listen to music and just at the moment I can’t because I can’t get the dratted iPhone to transmit anything that I really want.  Sporadically I succeed in listening to Spotify but it doesn’t seem to work every time and I end up thoroughly frustrated.  In the house we have Alexa and it plays some of the music we want to listen to but again we haven’t mastered the technology enough to get it to play everything we want.

And so both of us look at our CDs and feel nostalgic that they are disappearing.  David’s study is full of his old vinyl records and I can understand why.  I did sell most of mine, except for my Beatles and Stones collection, of course.  And weren’t we told that CDs would last for ever?  But they don’t, do they?  They jump and get stuck just as the old vinyl did.

And so now everything is streaming and, as I sat in a wonderful concert of Chopin Concertos in the OSM in Montreal last night, I suddenly realised that giving music to a loved one is no longer possible.  When my granddaughter started to play the piano I gave her some CDs of beautiful piano music including Beethoven’s Emperor, and my son put them on for her at night to calm her into sleep.  But now their house, like the houses of most of our young, is all digital and streamed and clever and so the opportunity for me to gift a CD of music to her now has gone.  And I realize that this actually makes me rather sad, and a little discombobulated.

At my school, Cranborne Chase, we were surrounded by music as Harrison Birtwhistle was our Head of Music and although I never played very well I soaked up the wonderful concerts we had every weekend.  At home, my parents listened to music often and my father had a varied selection of classical records that he would enjoy playing, introducing us to his favourite movements.  My first memories are of the old-style wind-up gramophone – perhaps it was my grandmother’s.  Then in came the little Dansette and the stylus that endlessly needed changing.  My grandmother played the piano quite well and so at Christmas time we would congregate around her to sing carols and songs, and in times gone by this was the only option for listening to music as there wasn’t a record player or radio let alone a Sonus or Alexa to play constant background music.

But this is perhaps the problem – the “constant background” music that, unless one specifically goes to a concert as we did last night, removes the practice of sitting quietly with other people in the room to really listen to a piece of music.  I remember I needed to be reminded of this too, a few years’ ago, when a friend introduced me to Beethoven’s Kreutzer Sonata and, as there were three of us in the room, I continued to chatter away.  “Ssssh,” he said. “Just listen.”  And so we sat in silence and the music drew us in, in a way it never would have done if we had continued to talk and thereby push it into the background.

How hard, but how magical, that can be – for several of you in a room at home to stop talking, stop reading, and truly listen to a piece of music.  I wonder when you last did so?

And how important, I feel, to help our grandchildren learn the beauty of deep listening when they are living in a world where music blares at us in shops, hotels, restaurants and through our habitual practices of listening through headphones on the tube while at the same time downloading texts or emails or reading the news.  Dissipated attention becomes the norm.  Really hearing the notes becomes infrequent.

Before last night’s concert Kent Nagano, the conductor and Director of Music at the Orchestre Symphonique de Montreal, gave a lecture and told an interesting story of how he and  an audience had been deeply moved by the beauty and poignance of a Brahms concert.  So when he noticed that it was to be performed on the radio a week later he tuned in, expecting to be transported once more.  But only to be disappointed.  The music that had moved people to tears in the concert hall had not transferred well to the digital medium and had lost its depth.  With this in mind he is experimenting himself with methods to capture the essence of a live piece onto a digital recording without losing the magic.

And so the Chopin Concertos were being recorded live last night which terrified me as I had a cough.  But it was sublime and unusually the concert was stopped in the middle of Charles Richard-Hamelin’s performance to retune the piano as one note had gone off tune.  We had never seen this happen before and of course to the attuned ear nothing less than perfection will do.  And so I suppose my point is how do we attune our ears and the ears of our children and grandchildren to really hear and notice the perfection of a piece, the mood you pick up as you consider what the composer might have been feeling or trying to describe as he or she wrote the music.

In the meantime, when I get back to London, I shall have to brace myself to get up to date and get my car’s music system working.  The idea of this challenge fills me with a sense of trepidation and tedium but the goal of having music to listen to as I drive will make sure I bite the bullet and learn how to stream.  And I shall also ensure that we make it a habit to go to concerts more often now that we are in Kew.  And gradually, as my grandchildren grow up, I shall endeavour to take them to concerts too, so that they can experience the emotions and imagination stirred by really listening to a piece of music.  And hope that they share that exquisite experience of being in a huge concert hall where the silence of the audience nonetheless allows one to hear a single exquisite note.